K&C KEKÄLÄINEN & COMPANY CELEBRATES 15th ANNIVERSARY WITH A FESTIVAL PROGRAM, WHICH TELLS OF BOTH ARTISTIC SUCCESS AND OF THE STORMY PAST OF ART POLITICS

The theatre was established in the beginning of September 1996 by the name Ruumiillisen taiteen teatteri / Physical Art Theatre. The first work was Acts of Desire / Halun tekoja, which premiered in Budapest at Mu Theatre in November 1996.

It’s time to celebrate both current successes and surviving the difficulties of the past.
The public of K&C is growing steadily and the encouraging dialog with it is telling about the important, touching and relatable themes of K&C’s works. K&C is identified strongly to the Cable Factory in Helsinki. The theatre has rented the same studio space there since the beginning. The space offers calm surroundings for creating works and is a valuable part of the theatre’s past. The gradual transformation to a stage has now been completed for the anniversary year with finalizing the stage with ascending seating and renovating the foyer. K&C’s space helps the chronic lack of rehearsal and performing space in the independent dance field: in addition to the theatre’s own program the space is used by guest artists.

K&C’s works have since the very beginning been well received internationally. This autumn Sanna Kekäläinen’s THE BEAST – A Book in an Orange Tent has been chosen to the official program of CINARS – International Exchange for the Performing Arts in Montreal in November. CINARS is one of the most significant events for performing arts in the world and this is the first time a Finnish representative in dance will be seen in the program. Besides Canada, THE BEAST will be seen in Cologne, Germany in October. The international appreciation has truly helped the theatre onwards specially when working possibilities in the homeland have been under a threat.

In the early years K&C’s work was put in harsh controversy with the main dance critique published in Helsingin Sanomat magazine. With every new work the atmosphere was mutually electrified with how the situation would turn. On the eve of these now reworked solos from Kekäläinen’s second solo period (2001-2002) the situation was so escalated that being able to continue artistic work was in danger. It can be stated afterwards that this conflict includes some of the most outrageous individual episodes in Finnish art critique since the disputes on modernism in the 1950’s and 1960’s.

K&C has the pleasure now to thank the large group of private individuals, among them major representatives of different cultural sectors, who took a public stand for K&C’s work in their writings in Finland and abroad.

The program of the 15th Anniversary Festival consists of four works, a recent work THE BEAST – A Book in an Orange Tent and reinterpretations of works IHO – SKINLESS, UHRI – SACRE and VERSO. All the now reinterpreted works were performed internationally with success. Specially IHO – SKINLESS was on high demand and had a lot of performances and big audiences. The works are now made in small scale and new dancers are adopting them.

THE BEAST – A Book in an Orange Tent (2011)
“The pivotal element on the stage is an old 1970’s orange dome tent. From the tent, the stage opens up for the audience as a locus of memory and the meaning of memory.
The themes of the work are universal. The inside and the outside, borderline and marginal identities and global political conflicts are all interlaced within the mental landscape. Kekäläinen, the beast, the performer (protagonista) and the subject of the event, observes the world from the viewpoint of exaggeration and catastrophe.” (Sanna Kekäläinen)
THE BEAST was premiered in November 2011 in Kiasma Theatre in Helsinki. The work has received great attention also internationally. It was processed in residence at Dansens Hus, Stockholm. By the end of the year 2012 THE BEAST has been performed in Poland, Germany and Canada.

“Sanna Kekäläinen’s newest solo THE BEAST – A Book in an Orange Tent is communication between human-beings that escapes labels, which is really needed in these times.” “She is again a completely, indisputably dedicated performer; movement, emotions and words flow though her.” – Maria Säkö, Helsingin Sanomat, 30.11.2011

IHO – SKINLESS (2001)
“The skin is the biggest organ of the human body. It’s approximately 2 mÂ² in size and weighs four kilos. The skin is at the same time the border and the connection between a human being and the surrounding world and thus for carries marks of both nature and culture.” (Sanna Kekäläinen)

UHRI – SACRE (2001)
“The work Uhri – Sacre is concentrating on the concept of a victim as a scapegoat. A scapegoat is a character, on whom the common bad is cast. In the work the dancer puts himself on the place of a scapegoat and tries to dance himself to death in front of the spectator.” (Sanna Kekäläinen)

VERSO (2002)
“I was interested in the multiple meanings and etymologies of the words vers, version and verse. Included in this were versions and repetitions and interpretations and verses and poetry and the direction towards or away from something and plants and technical things like the back and the flip side of a book. An existential thematic, in the classical sense of the word, started to develop from all of this where the focus was in the versions of transientness.” (Sanna Kekäläinen) 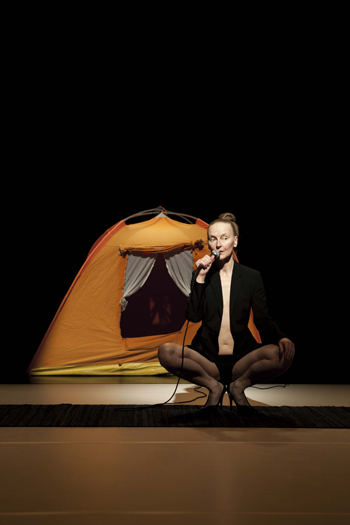 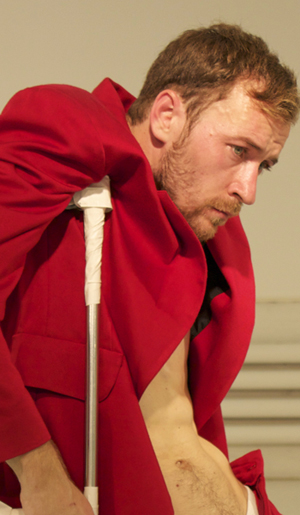 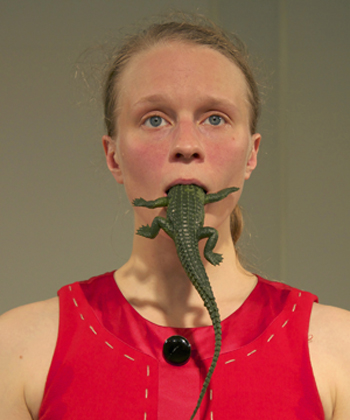