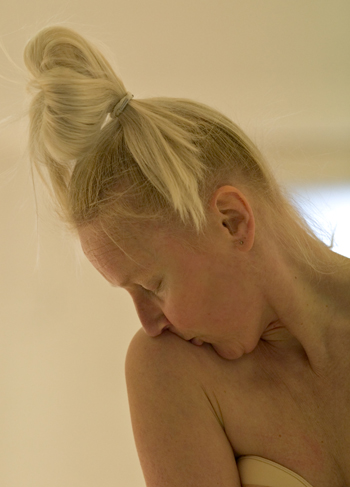 Afternoon of a Faun | photo: Jussi Pakkala | in the photo: Sanna
Kekäläinen

FAUNIN ILTAPÄIVÄ – AFTERNOON OF A FAUN (1996/2006)
LA PETRUSHKA (2006)
Celebrating its ten years in the Finnish dance scene Kekäläinen & Company looks back in time. The coming spring performances celebrate K&C’s own history and also dance history in the spirit of Vaslav Nijinsky.

The Afternoon of a Faun (1912) was ballet dancer Vaslav Nijinsky’s debut as a choreographer. The choreography was based on Stéphane Mallarmé’s poem and on Claude Debussy’s composition. In her work Kekäläinen uses the composition of Debussy, but the theme and some of Nijinsky’s motifs are interpreted from a contemporary perspective.

La Petrushka is Sanna Kekäläinen’s new interpretation for three female dancers of the classical ballet of Petrushka. In her work Kekäläinen has studied the concept of envy. She tries to outline this complex emotion in the relations between women and their life in our world.

Petrushka was first made into a ballet in 1911 by the famous Russian ballet company, Ballets Russes. The music was composed by Igor Stravinsky and the role of Petrushka was danced by Vaslav Nijinsky. The story of the ballet is about a puppet theatre and its three puppets Petrushka, the Moor and the Ballerina. In the story the puppets come to life, they feel and experience strong human emotions such as love, anger and envy. The story culminates in the death of Petrushka. However Petrushka’s spirit is immortal and he appears above the scenery to grimace to the world. 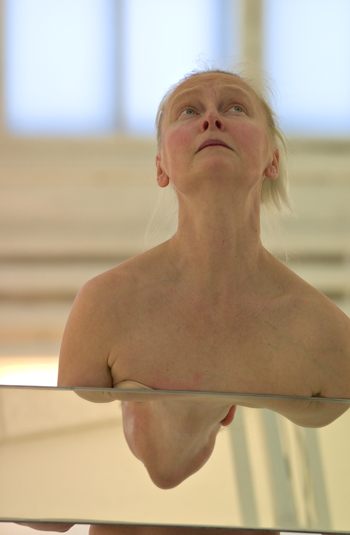 Afternoon of a Faun | photo: Jussi Pakkala | in the photo: Sanna
Kekäläinen 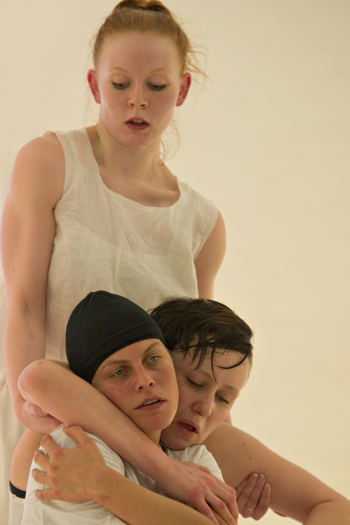