The Beast | photo: Sari Tervaniemi | in the photo: Sanna Kekäläinen

THE BEAST – A Book in an Orange Tent (2011)
The pivotal element on the stage is an old 1970’s orange dome tent.
From the tent, the stage opens up for the audience as a locus of memory and the meaning of memory.

The themes of the work are universal. The inside and the outside, borderline and marginal identities
and global political conflicts are all interlaced within the mental landscape.

Kekäläinen, the beast, the performer (protagonista) and the subject of the event, observes the world
from the viewpoint of exaggeration and catastrophe.

But the tent is also a stanza, a “room”, the traditional unit in art and poetry.
The concept of stanza has reputedly been borrowed to the West from classical Arabic poetry, where
it was called bait, a tent, and was used to denote the verse in which the object of desire was expressed. 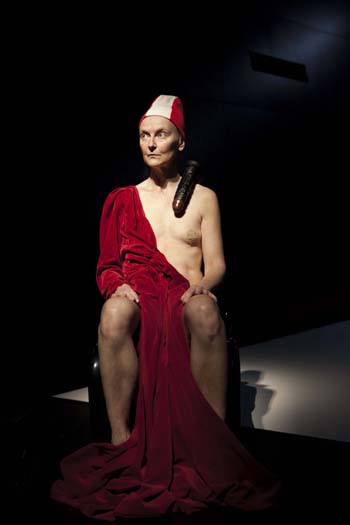 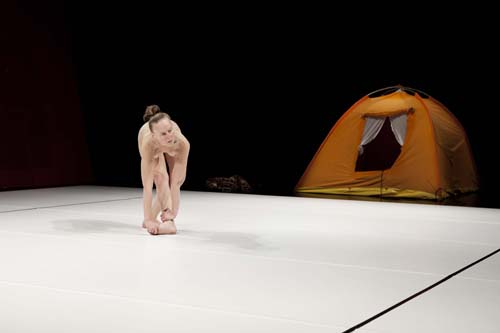